Thank you for contacting us. We will get back to you soon.

Equity Estate has further expanded the Propco portfolio by acquiring a warehouse building with offices, located at the Zuidbaan 525-527 in Moordrecht.

The buildings, that originates from 2007, are purchased from and leased to Gouda Constructie B.V., a welding and construction company, at a long-term lease contract, and partly leased to Vitamine & ZO B.V., a fresh fruit delivery company. The buildings consists of approximately 4,500 m² of warehouse space, 600 m² of office space in total and paved outdoor area with 80 parking spaces. The property is located on business park “Gouwe Park” directly adjacent to the A12 and A20 motorways.

After the acquisition of four industrial/logistic buildings, in Dordrecht, Rijnsburg, Beuningen and Amsterdam this is the fifth industrial/ logistics acquisition in 18 months’ time. The intention is to expand the Propc portfolio with EUR 30 to 50 mio in 2018, with industrial and logistics buildings with long-term leases on strong locations. 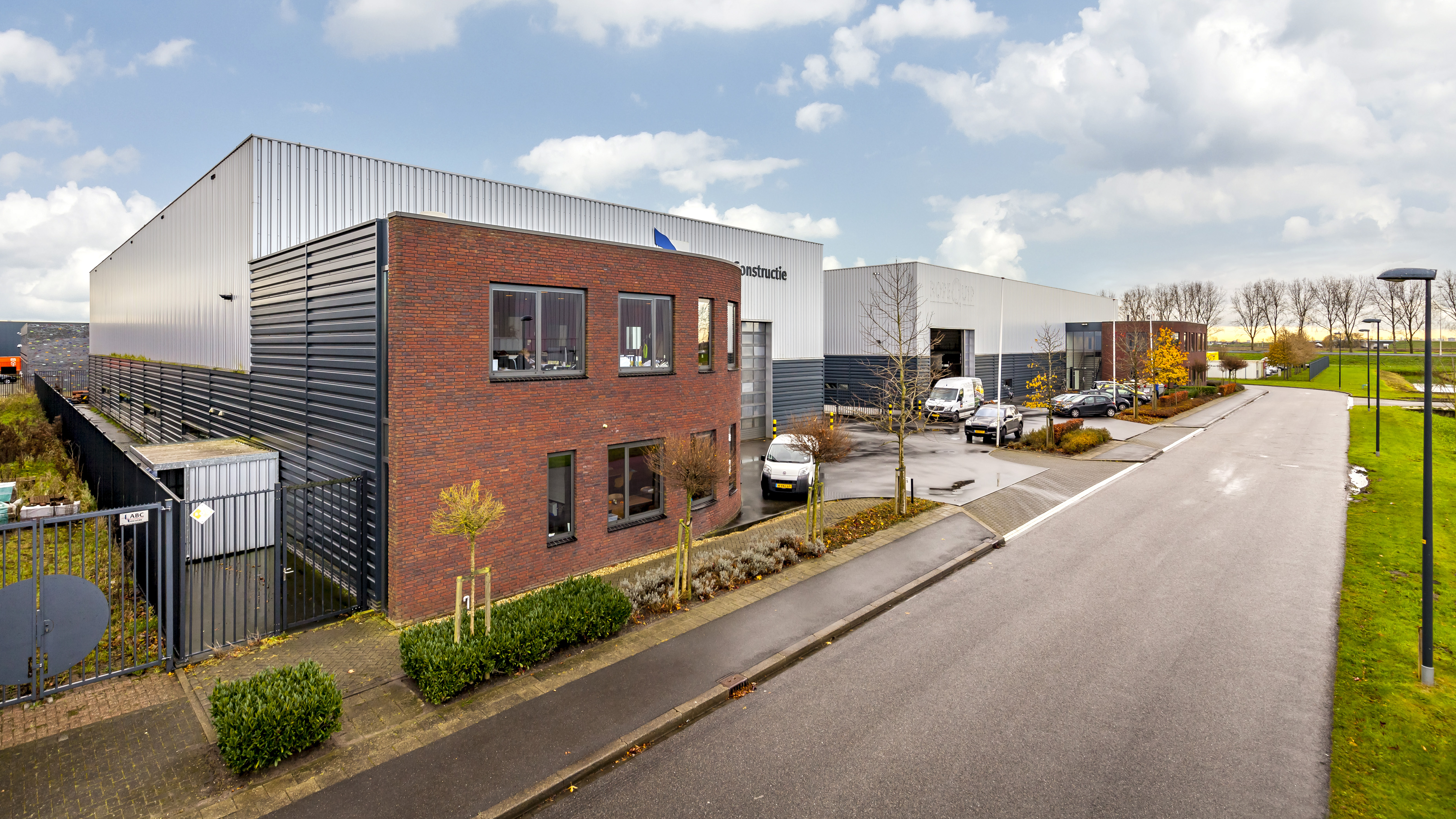 Mercurius is a modern and comfortable office building located in business park Gooise Poort in Almere. Business Park Gooise Poort is a park-like location through water structures and gardens. The accessibility is excellent, right on highway A6. 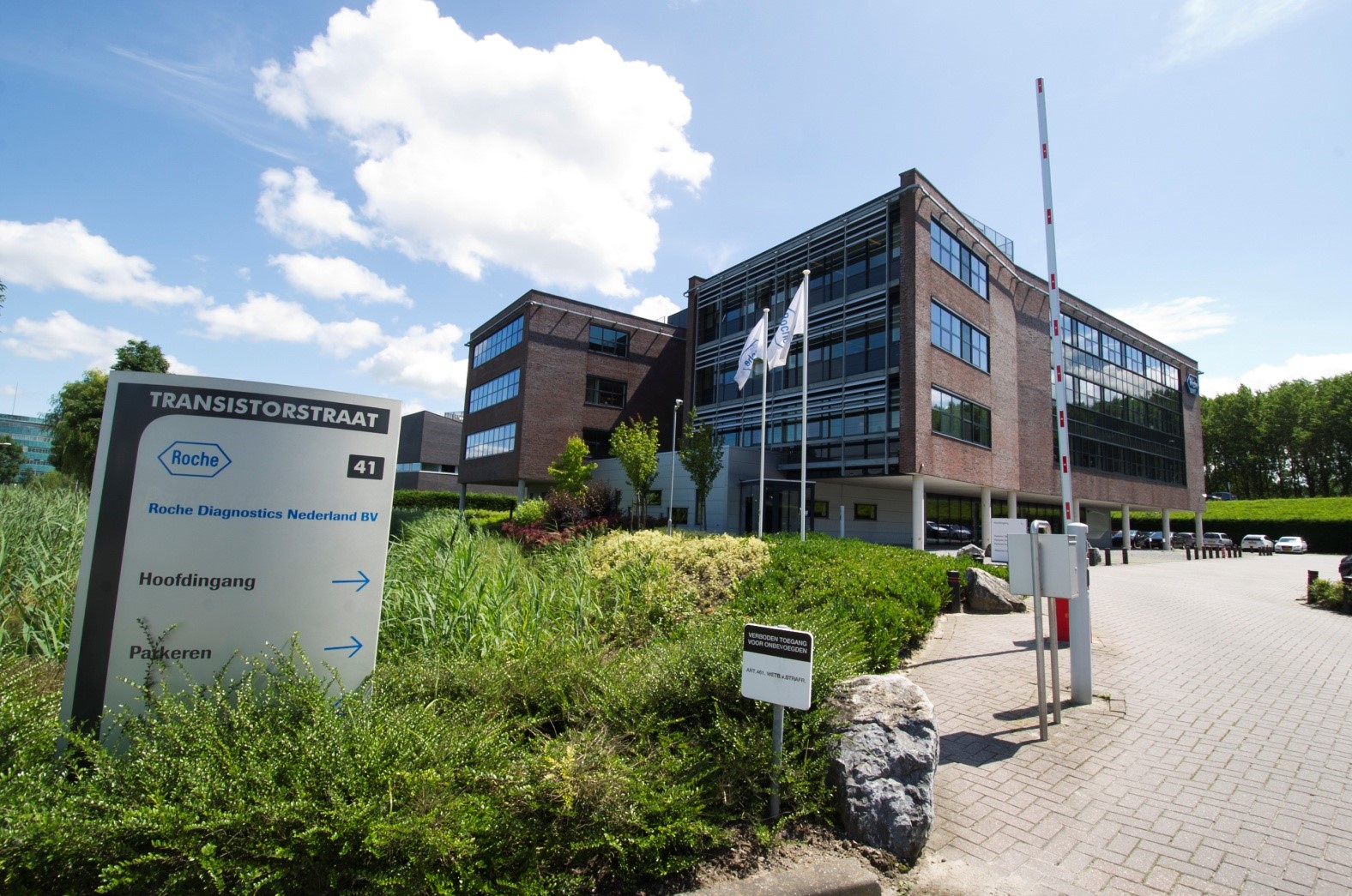 The ‘Java’ office building measures over 13,600 sqm and 176 parking spaces in the underlying parking garage. The building was completed in 2000, has an energy label A and is let to NWO for a long term. Enrico van Erkelens, CEO from Equity Estate: ‘We are happy to add the NWO-building to the portfolio. The building is a perfect fit for the investment criteria of the joint venture between Arzan Wealth and Equity Estate. The long lease term and the strong covenant are important for our long term investments. We see opportunities in the Dutch office market and we would like to invest in this segment with our partners. The Dutch office market offers attractive investments for international investors, especially with an economy growing faster than most of the neighbouring jurisdictions.”

JLL advised the vendor in this transaction. Arzan Wealth and Equity Estate were advised by NL Real Estate, AKD and BDO. Equity Estate will perform the asset management.

HighBrook Investors, a New York based real estate private equity firm, has acquired Blaak 333 in Rotterdam through an off-market transaction. Blaak 333 is a single-tenant office building located on a prominent location in the Central Business District of Rotterdam. The building comprises 15,575 sq.m office space and is fully let. A purchase price will not be disclosed nor will the name of the seller. This transaction marks HighBrook’s first entry into the Rotterdam market. The firm is actively seeking more value-add opportunities throughout the Randstad area.

Wouter Stevens, Savills Netherlands, comments: “Blaak 333 is a landmark building in an excellent location within the Central Business District in Rotterdam that combines work, shop and living in the inner city. The office is fully let to a single tenant which is rare in the Rotterdam office market. That makes this an excellent investment opportunity with value add possibilities in the improving Rotterdam investment market.”

Savills acted on behalf of the seller in this transaction. Equity Estate acted as advisor to HighBrook Investors and will co-invest in the building. Equity Estate will also perform the asset management.

HighBrook Investors´ is a real estate private equity firm which is focused on value-added opportunities throughout the US and Western Europe. The firm manages a series of closed-end commingled funds and operates throughout its offices in New York, London and Atlanta. HighBrook has been an active investor in the Dutch market and has now closed six transactions totalling over €160,000,000 in aggregate value over the last 9-10 months.

International real estate advisor Cushman & Wakefield advised HighBrook Investors in all leasing transactions except the lease with Hofsteenge Zeeman Group. MediaCT was advised by Thijssen Vos Bedrijfsmakelaars in Groningen. Hanzevast, the seller of the property in December 2016, assisted in the negotiation of the leases with Hofsteenge Zeeman Groep, iWink and MediaCT.

In 2017 the Scheepvaarthuis at Laan Corpus den Hoorn is fully renovated and transformed into a modern multi-tenant location providing high quality large office floors combined with ‘living room-like’ work areas and meeting rooms. The office comprises approximately 2,675 m2 divided over 4 office floors and a basement. Having finished the asset management plan and realising an occupancy rate above 90 percent from full vacant when acquired, HighBrook Investors has now instructed the sale of the building. Equity Estate acts as advisor to HighBrook Investors in the sale, international real estate advisor Cushman & Wakefield is mandated for the marketing and sales of the property. 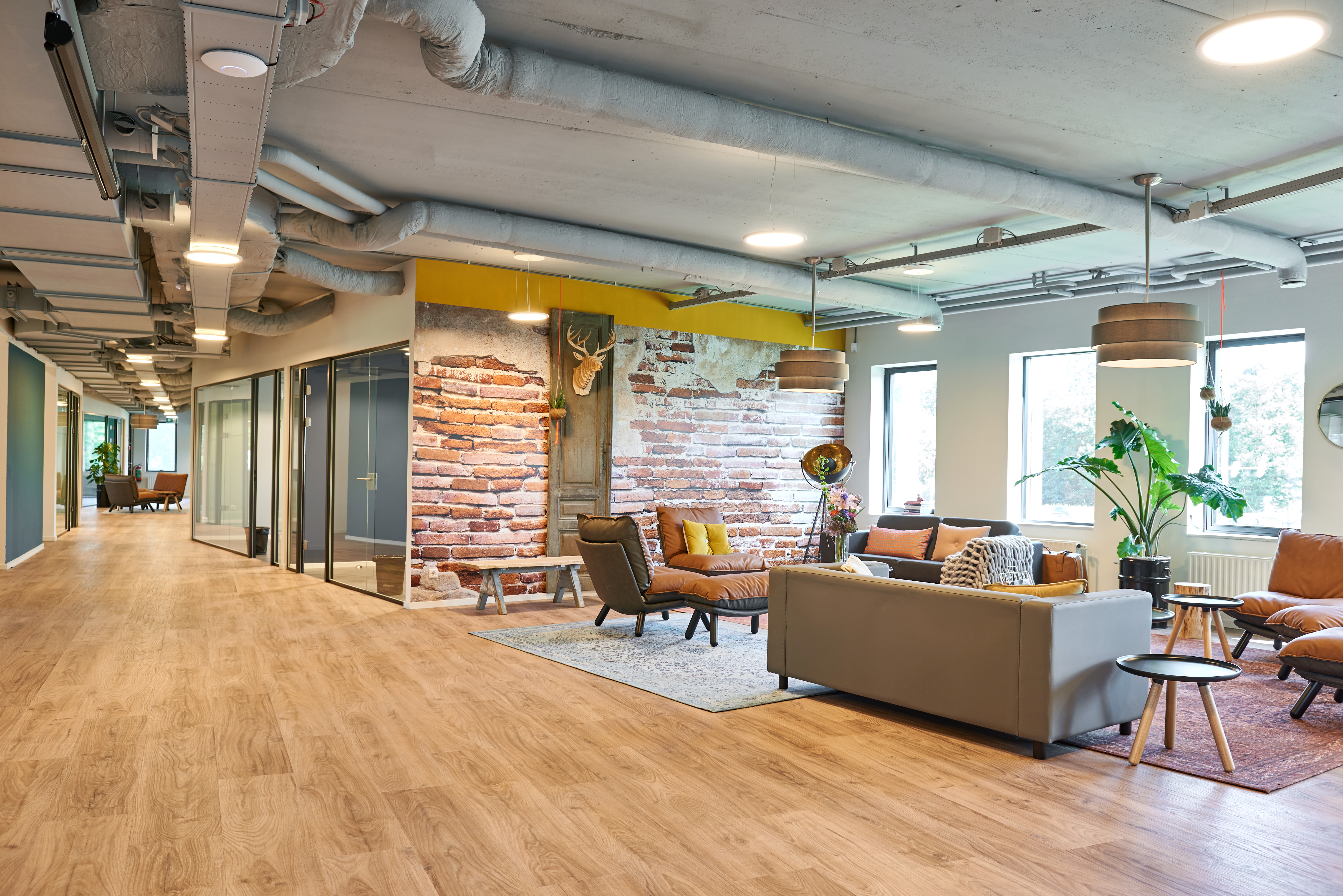 The shareholders of Equity Estate, specialist in Asset Management and Management Services in real estate, have appointed Bert van den Hoek as a member of the Supervisory Board as of 1 September 2017. The Supervisory Board now consists of Jürgen Lange, former banker with a reputable German bank, Jan Kees Brandse (chairman), Partner at Greenberg Traurig, and Bert van den Hoek.

Van den Hoek (49), is currently a Senior Vice President at Partners Group in London and brings extensive experience in both the international real estate and financial markets to the Supervisory Board. Prior to Partners Group he was a Director at Deutsche Bank Asset Management and, before that, worked at GIC and Morgan Stanley. Mr Van den Hoek studied at the Technical University in Delft and obtained his MBA at the RSM Erasmus University followed by his Master of Real Estate at the University of Amsterdam. Corporate Service Providers poured into fog, which was confirmed by the impact of the Panama Papers. In response to the global outrage that followed, a stricter regulation was soon demanded. Has something changed in the meantime? And does this have consequences for the property industry? Rob de Groot, earlier this year appointed as Director Management Services at Equity Estate, has been very active in the past years as statutory director of Dutch entities for international organisations in the banking, telecommunication and real estate sector. In this article, De Groot indicates the meaning of changing laws in corporate services activities for the real estate sector.

The Netherlands as leader

The Netherlands plays a very prominent role in the world of international (tax) structures. Extensive research shows that The Netherlands is leader as a so-called ‘Conduit-OFC’, a country through which a lot of funds flow. This happens by using Dutch entities (private companies, limited companies, cooperatives, etc.), that are in a legal structure between the ultimate owner and the companies where the activities are actually taking place. As these companies are located in several countries, and because often also more entities are part of the structure, the picture of a cluttered web arises.

Taxability is one of the reasons to build such a web. An organisation can furnish the cost item ‘taxes’ in such a way that savings can be made. The Netherlands is also a much-chosen country because of the good infrastructure, well educated people speaking their languages, the easy accessibility and the many tax treaties.

Certainly, after the start of the crisis in 2008, there has been much going on about the structures that are served by corporate services offices, in The Netherlands in particular the tax routes. For the general public, the Panama Papers formed the journalistic breakthrough. This resulted in a unique event in Dutch politics, the first parliamentary interrogation in which various parties, like representatives from the Dutch Corporate Services sector, fiscal advisors, the supervisor of the Dutch Central Bank and journalists were interviewed under oath as witnesses and experts.

During this parliamentary interrogation the concept ‘substance of form’ was discussed more than once. Companies that are based in a certain country for tax reasons, should have ‘substance’ in that country. If not, their presence in that country is not recognised. To avoid the appearance of the structure only being a structure providing a financial advantage, the Tax Authorities and the Ministry of Finance prepared a list of 10 requirements that a company has to fulfil in order to be seen as a Dutch company and in order to be able to use the treaties network. A substantial effort in the home country is the basis. Thus, it was a requirement that amongst others half of the management has to be living in The Netherlands, the bookkeeping has to be performed in The Netherlands and de bank accounts are to be managed from The Netherlands.

Internationally, the OECD (Organisation for Economic Cooperation and Development) started the BEPS project (Base Erosion and Profit Shifting), an action plan that has to result in globally coordinated agreements to prevent tax evasion by base erosion and profit shifting. The action plan consists of 15 points of action. Although the BEPS action plan is still in an early state of implementation, it is already clear that it will be a global regime, with increased tax risks for organisations that do not commit themselves to these points. Also in these points ‘substance’ plays an important role.

Equity Estate has further expanded the Propco portfolio by acquiring a logistics building from DHG, located at the Galwin 2 in Amsterdam.

The building, that originates from 2003, has been designed by Timmer architecten and is fully and long-term let to IGT Europe BV. It consists of approximately 8,772 m² of warehouse space, 2,857 m² of office space, some 3,000 m² paved outdoor area with 98 parking spaces. Furthermore, the property is located directly adjacent to the A5 motorway.

After the acquisition of three industrial/logistic buildings, in Dordrecht, Rijnsburg and Beuningen, this is the fourth acquisition for Propco in the past 12 months. The acquisition has been made full equity, and the intention is to continue expanding the portfolio in the coming months, with industrial and logistics buildings with long-term leases on strong locations.

Shamrock Vastgoed advised DHG in the deal. Propco was represented by JLL, and Van Benthem & Keulen acted as a legal advisor. Equity Estate is the asset manager and director of Propco.

Equity Estate acted as asset manager for the purchaser, performed the complete due diligence and directed the negotiations on LOI and SPA. The due diligence partners on buyer’s side were Holland van Gijzen, SGS Search and Hofstede cs. Seller was advised by Cushman & Wakefield and Retail Capital and represented by CMS as a legal advisor.

Equity Estate advised HighBrook Investors on this transaction together with the legal advisor Van Doorne . CBRE was responsible for the marketing of the building and represented vendor. Pels Rijcken & Droogleever Fortuijn advised the buyer.

With this divestment, it is the sixth transaction of HighBrook Investors in the past six months. HighBrook Investors is a US-based real estate private equity firm with approximately € 1.0 billion in AUM. The firm has offices in New York, London, Newport Beach and Atlanta. The company is actively seeking additional opportunities to acquire well located office assets primarily in greater Amsterdam area, Rotterdam and Utrecht. (www.highbrookinvestors.com).

Equity Estate and Witteveen+Bos signed a lease for BLAAK16 – Rotterdam

Equity Estate has divested a 16,500 sqm logistics building in Schiphol-Rijk

HighBrook sells office building in Groningen to a private investor

Equity Estate leases over 25,000 m² in Oss, The Netherlands